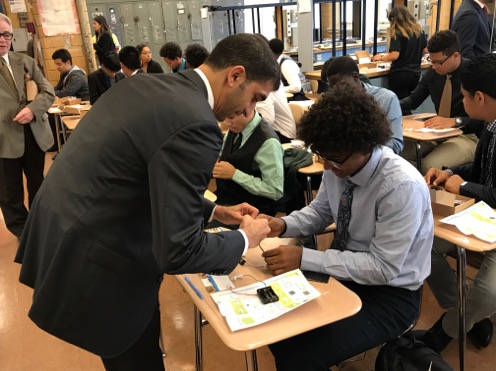 HE Dr. Thani Ahmed Al Zeyoudi, Minister of Climate Change and Environment, helping a student at the Bronx Design and Construction Academy in Bronx, New York, to assemble his Beacon of Hope UAE beacon-in-a-box solar light kit.  The students assembled the lights and wrote notes of friendship to the refugee children in Iraq and Jordan who will receive these lights.